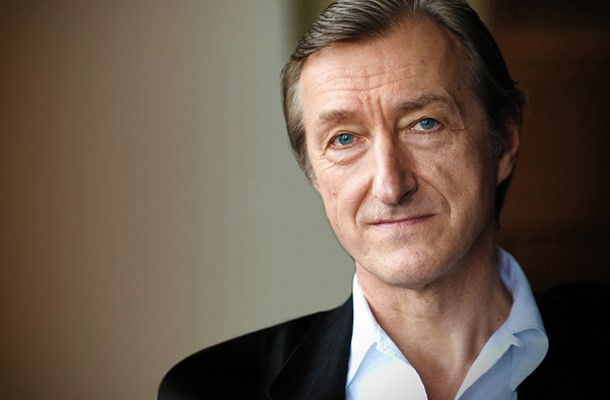 Place and year of birth: Leicester, 1949

Through fiction, Barnes reflects on the meaning of life and, therefore, on old age and death, within the contemporary British context.

Death is one of the main themes in Barnes's work, from his first novels to the present. In his view, we should talk more about death but from the perspective of death.

Irony prevails in his work in themes such as old age, illness and death.

“Jean had often wondered what it would be like to grow old. When she had been in her fifties, and still feeling in her ghirties, she heard a talk on the radio by a gerontologist. ‘Put cotton wool in your ears,’ he had said, ‘and pebbles in your shoes. Pullo n rubber gloves. Smear Vaseline over your glasses, and thre you have it: instant ageing.’

It was a good test, but it naturally contained a flaw. You never did age instantly; you never did have a sharp memory for comparison. Nor, when she looked back over the last forty of her hundred years, did it seem to be initially, or even mainly, a matter of sensory deprivation. You grew old first not in your own eyes, but in other people’s eyes; then, slowly, you agreed with their opinión of you.” (Staring at the Sun, 1986: 139)

“Why make the assumption taht the heart shuts down alongside the genitals? Because we want – need – to see old age as a time of serenity? I now think this is one of the great conspiracies of youth. Not just of youth, but of middle age too, of every single year until that momento when we admit to being old ourselves.” (The Lemon Table, 2004: 190)

“When I first came to mortal awareness, it was simple: you were alive, then you were dead, and bid the Deity farewell: Goodbye. But who can tell how age will affect us?” (Nothing to Be Frightened Of, 2009: 113)

“Later on in life, you expect a bit of rest, don’t you? You think you deserve it. I did, anyway. But then you begin to understand that the reward of merit is not life’s business.

Also, when you are young, you think you can predict the likely pains and bleaknesses that age might bring. You imagine yourself being lonely, divorced, widowed; children growing away from you, friends dying. You imagine the loss of status, the loss of desire – and desirability. You may go further and consider your own approaching death, which, despite what company you may muster, can only be faced alone. Buta ll this is looking ahead. What you fail to do is look ahead, and then imagine yourself looking back from that future point. Learning the new emotions that time brings. Discovering, for example, that as the witnesses to your life diminish, there is less corroboration, and therefore, less certainty, as to what you are or have been.” (The Sense of an Ending, 2011: 59)