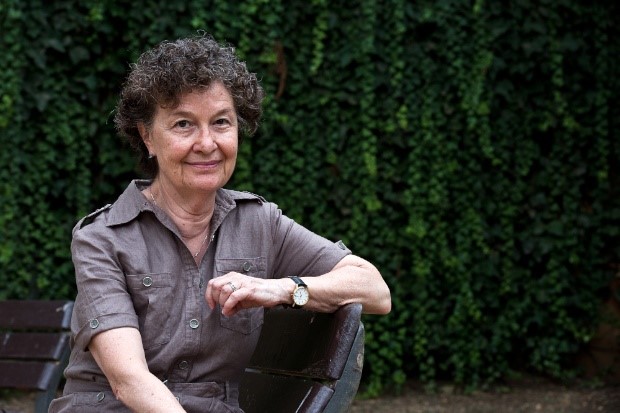 Maria Barbal's novels and short stories are situated between the Catalan Pyrenees and Barcelona, with the historical memory and the influence of the rural and urban landscape in the construction of the social and cultural character of a town.

In Barbal's work, the figure of the 'grandmother' stands out as the older woman who is aware of the historical memory as well as the customs and habits of the area where she has lived. The grandmother is therefore, responsible for transmitting this knowledge to future generations, especially at a time when changes are happening very fast.

Maria Barbal's “grandmothers” are located within the family structure. They are women who have had to struggle to provide a dignified life for their offspring in a historical era marked by silence and repression. They are, at the same time, carers and transmitters of knowledge.

“Grandma Marcela stood still on that sea path. With all her proposals dampened before reaching anywhere. She never wanted to hear of any scandal again because hers was worse than any other. Every path reminded her of that time, when I was still brave, she said to me:

"Child, go where you want, but don't go near the sea."

"Let’s stay talking after dinner. Suddenly you say “breula”. A branch, a substance, I don’t know what you mean. Like a music box, this word awakens the song of your youth, touching us with real noises, green tones and a fresh scent of the river. Your whole life before meeting us takes on a landscape of energy and hope. I realize our dad was right: they hurt you too much when you were still young. I look at your face and the wrinkles have marked furrows in it, your gaze has regained its stern air for a while, and the branch of illusion has cracked. It was too short.” (Intimate Country, 2005: 344).

"Isolda adored Anna in a quiet, serious way. The godmother did not make her angry or laugh at Lolín, whom she somehow felt more like a grandmother to, but it was Anna she trusted the most, to whom she explained her sorrows when she could no longer bear it." (In the Skin of the Other, 2014: 288).